The project is about using an existing public storage building near USC as a "base" for building an "object" on top. The object building is an office space, which is a completely different function than the base building.
The grid of the structure is inspired by the rigorous grid of the parking structures in Chinatown. One box with a 10 Feet grid rests on a 20 Feet grid base which differentiates the object from the base. There  are 2 floors in the base with the 10 Feet grid to show the continuity of the design. Large chunks of cubes are taken out of the object according to the grid in a serial order and has resulted in the final form. The steel rods connect the object to the base by giving an illusion of threads tied to the base pulling the object towards itself. This area with the thread- like rods have a view of the downtown and serves as a roof deck/ party area. For an overall stable structure, there is a big elevator shaft in the middle serving as a super column in the building. It is colored yellow to pop out as a different structure from the whole form and to beautify the existence of this structure. Also colored yellow is the auditorium area which is hanging from the object. The facade is made of transparent and opaque glass according to the programs on different floors.​​​​​​​ 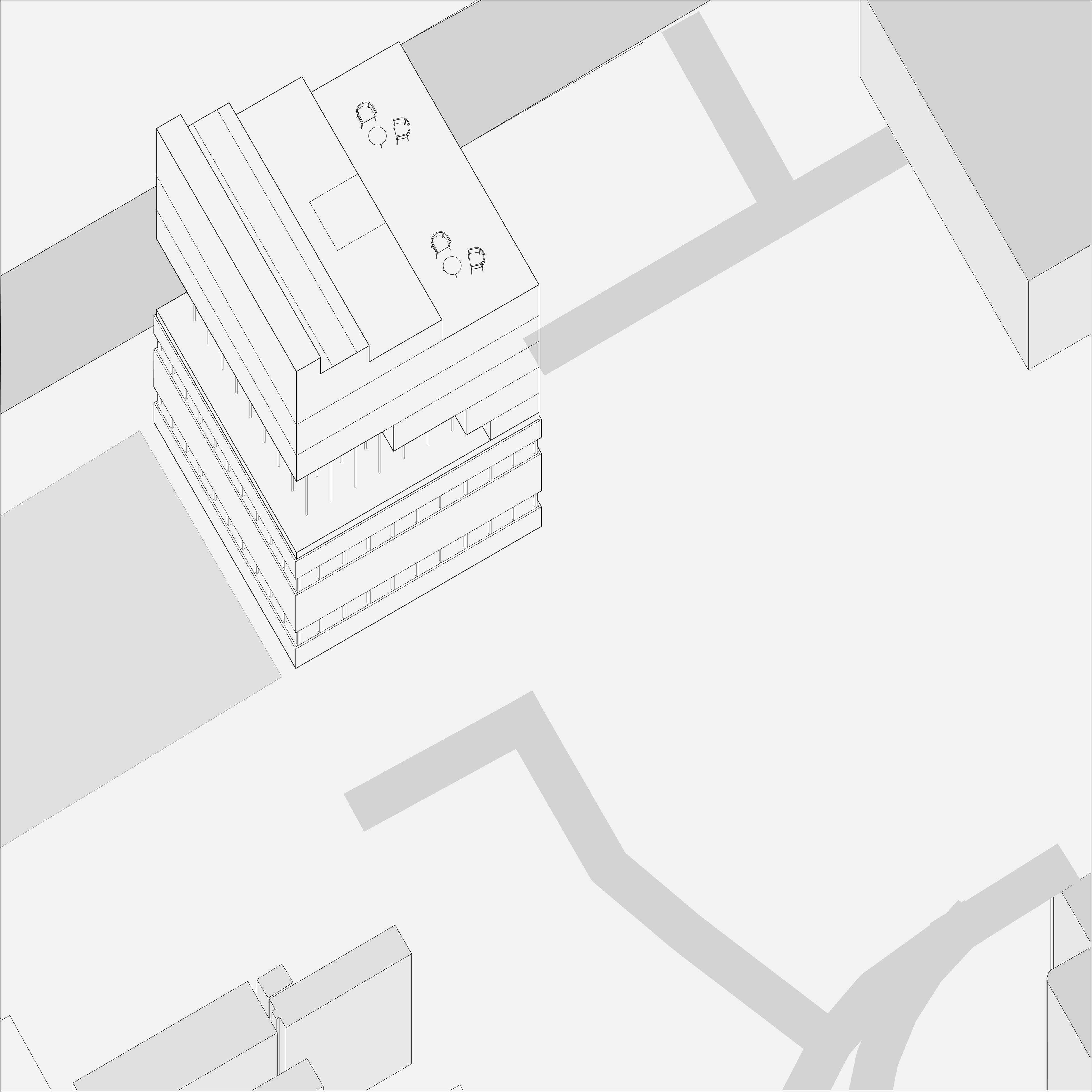 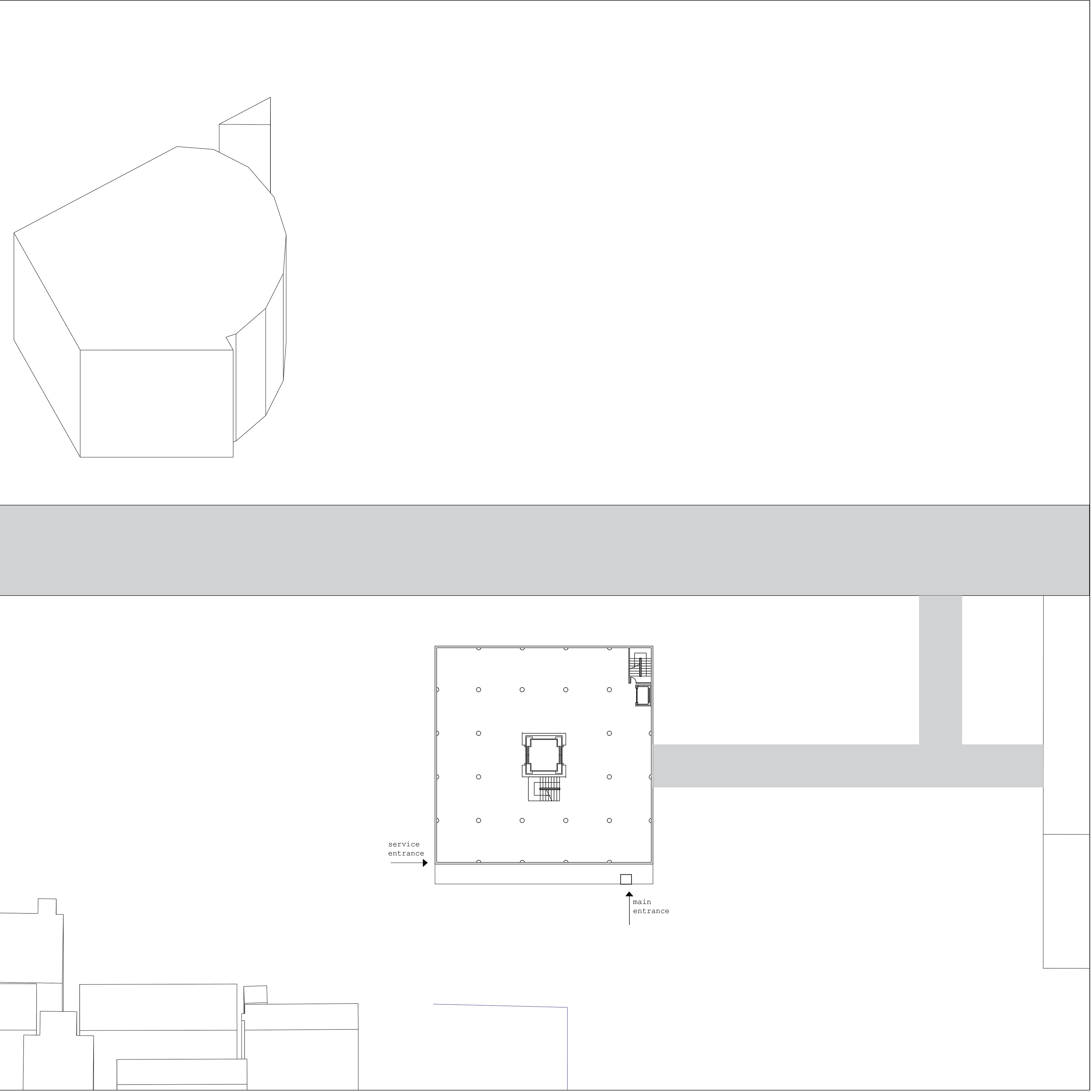 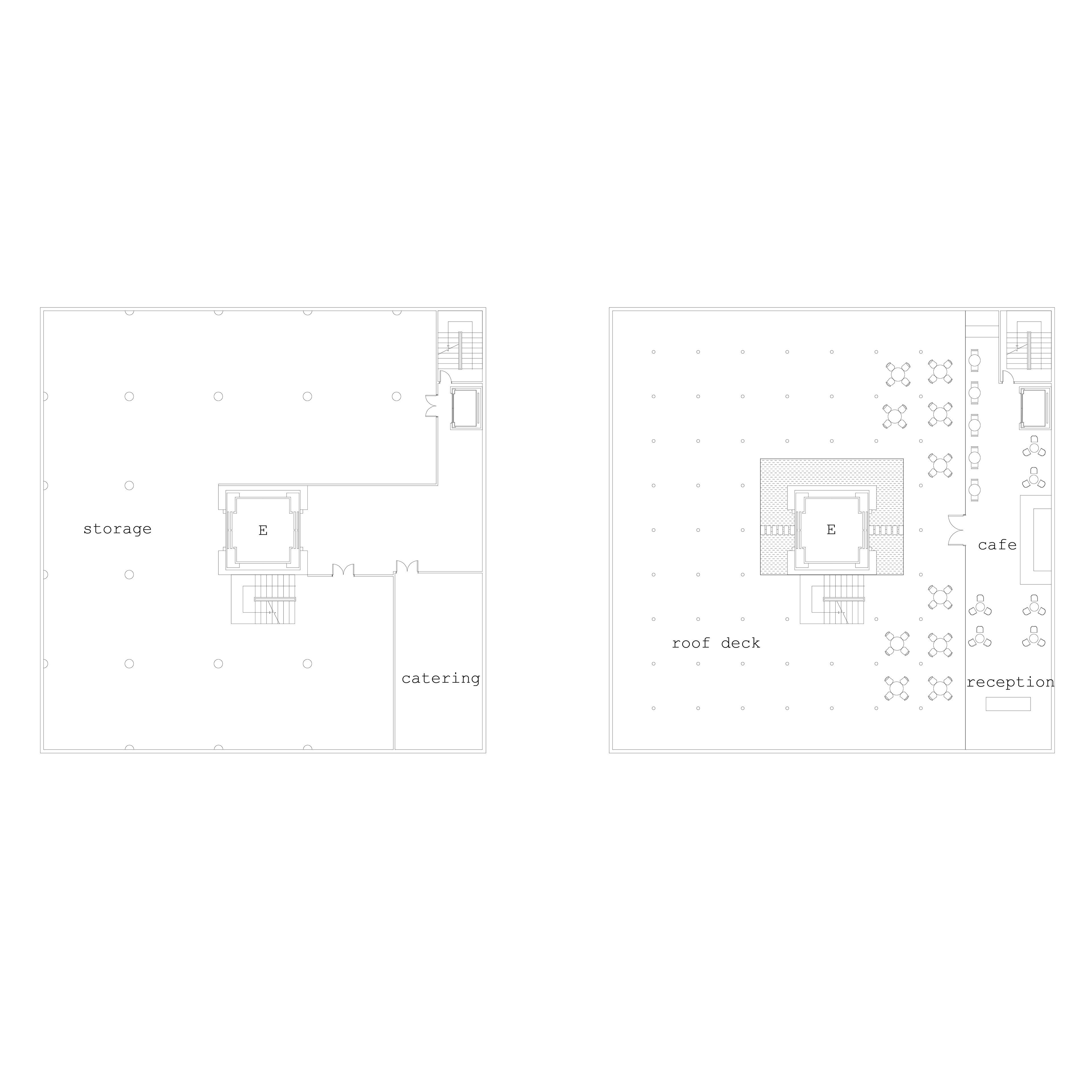 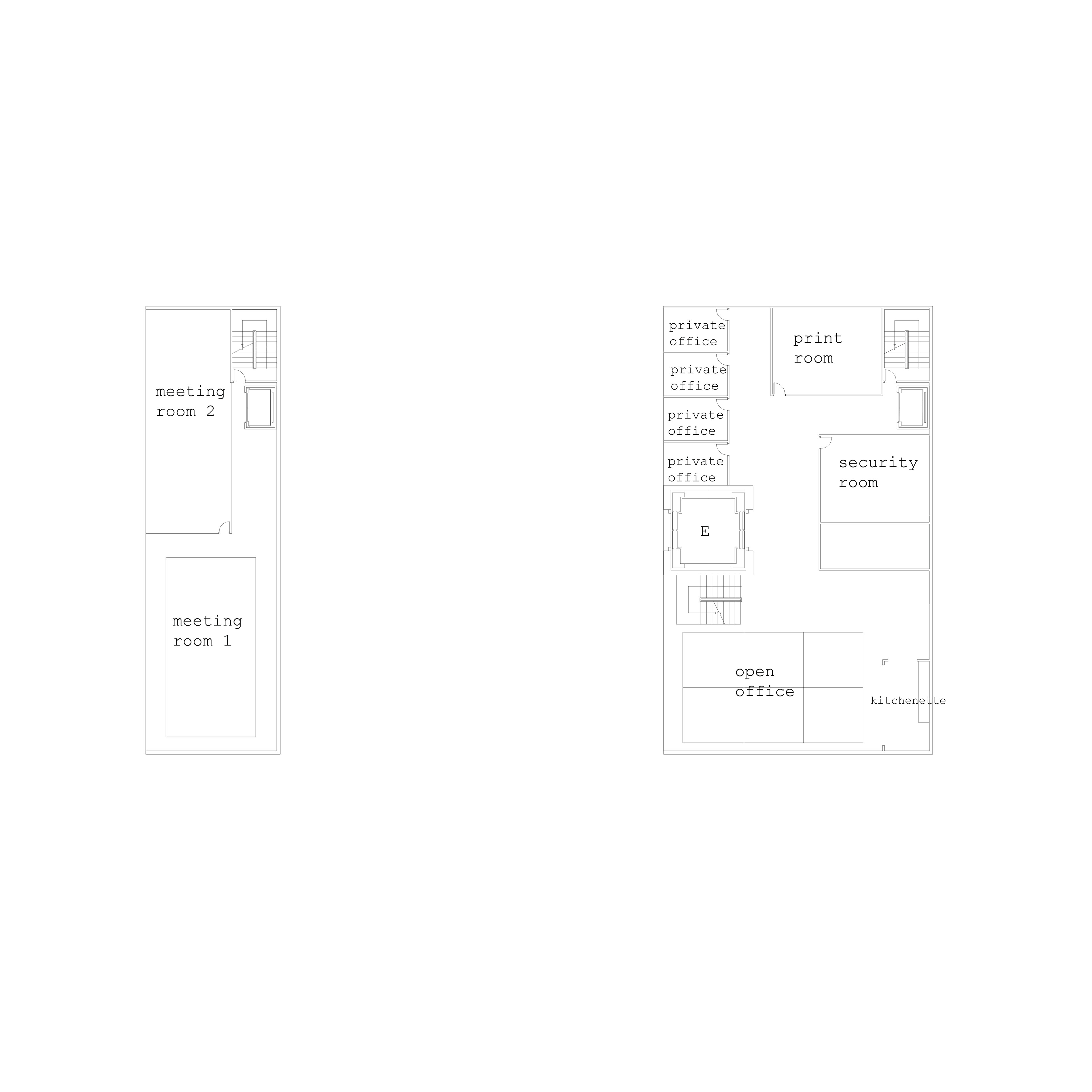 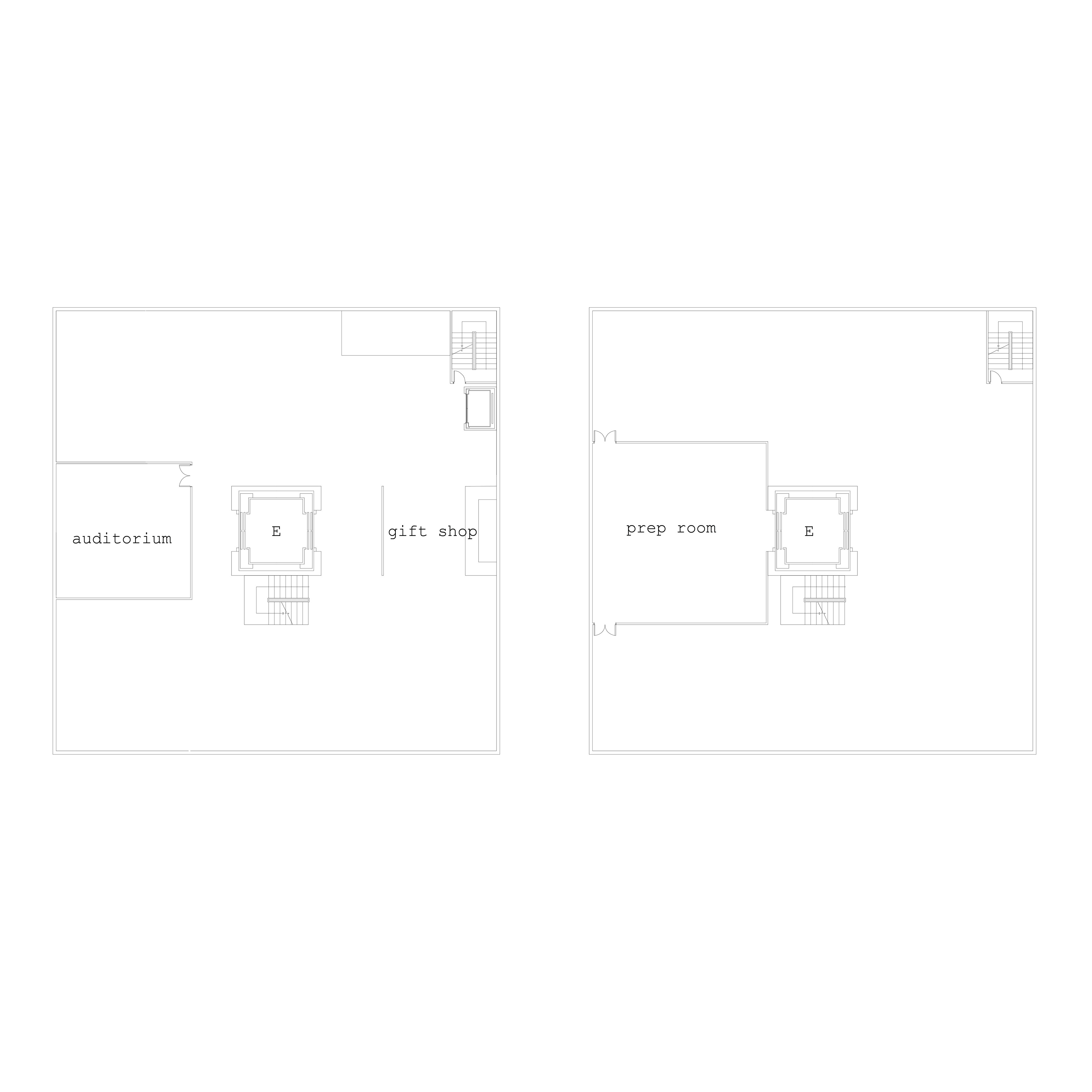 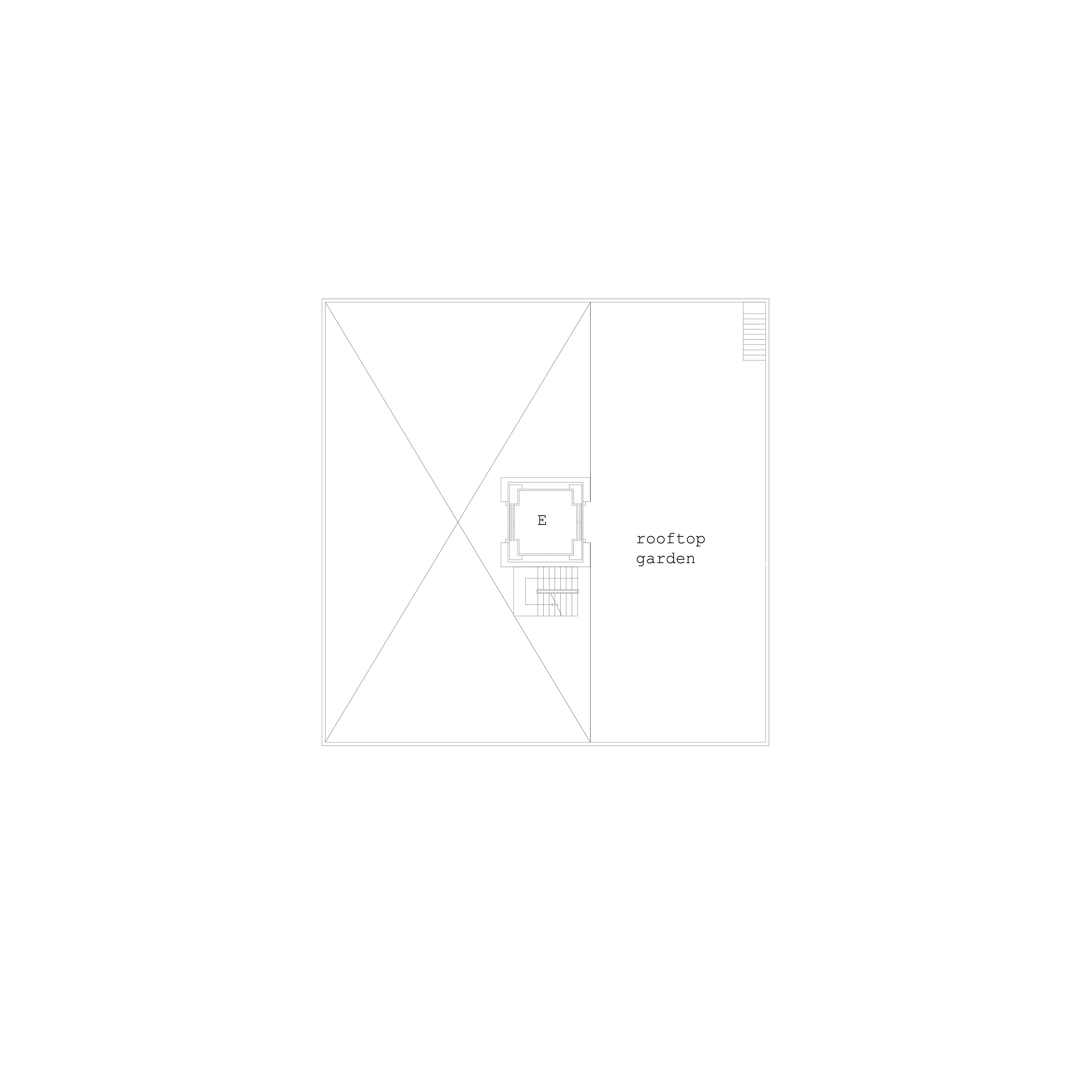 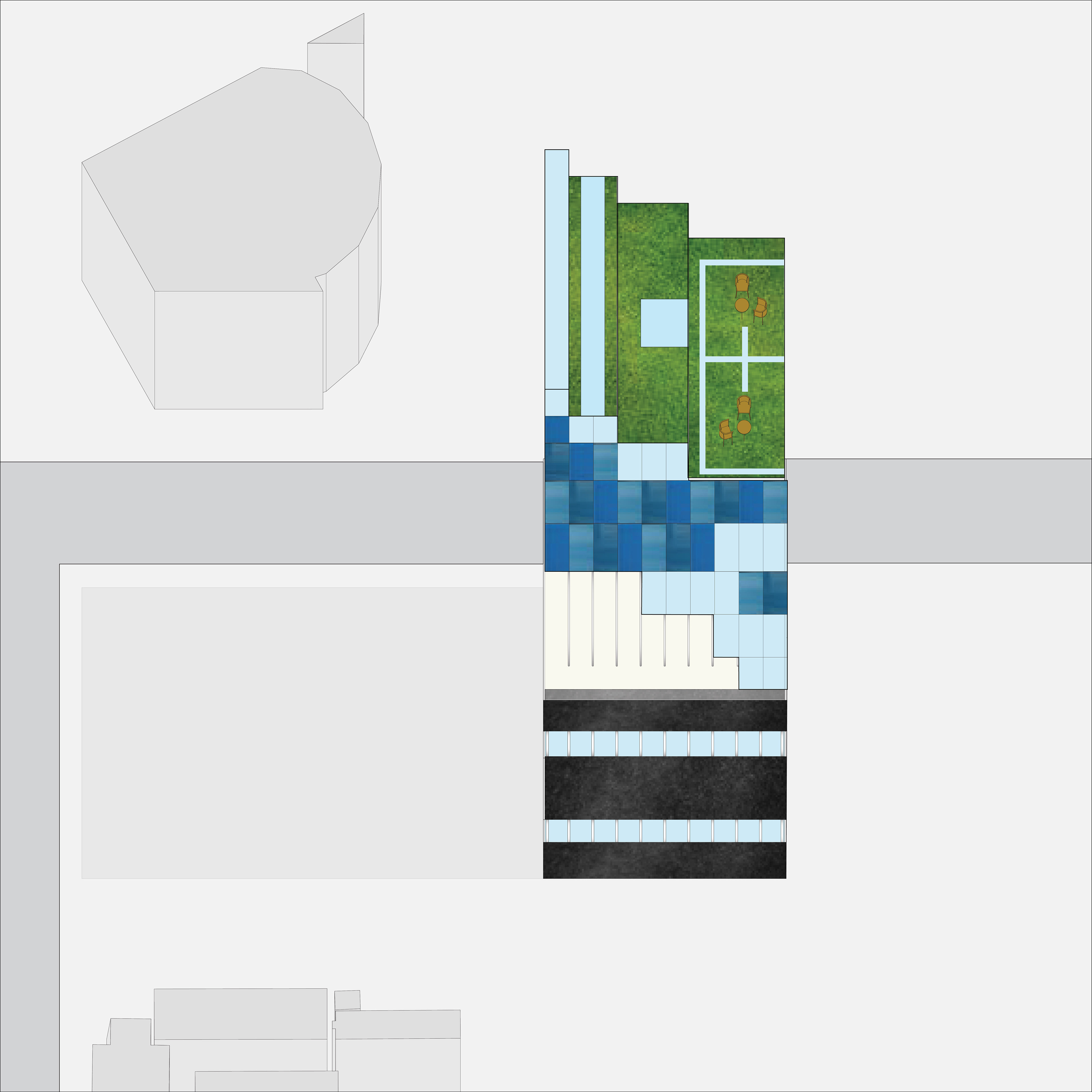 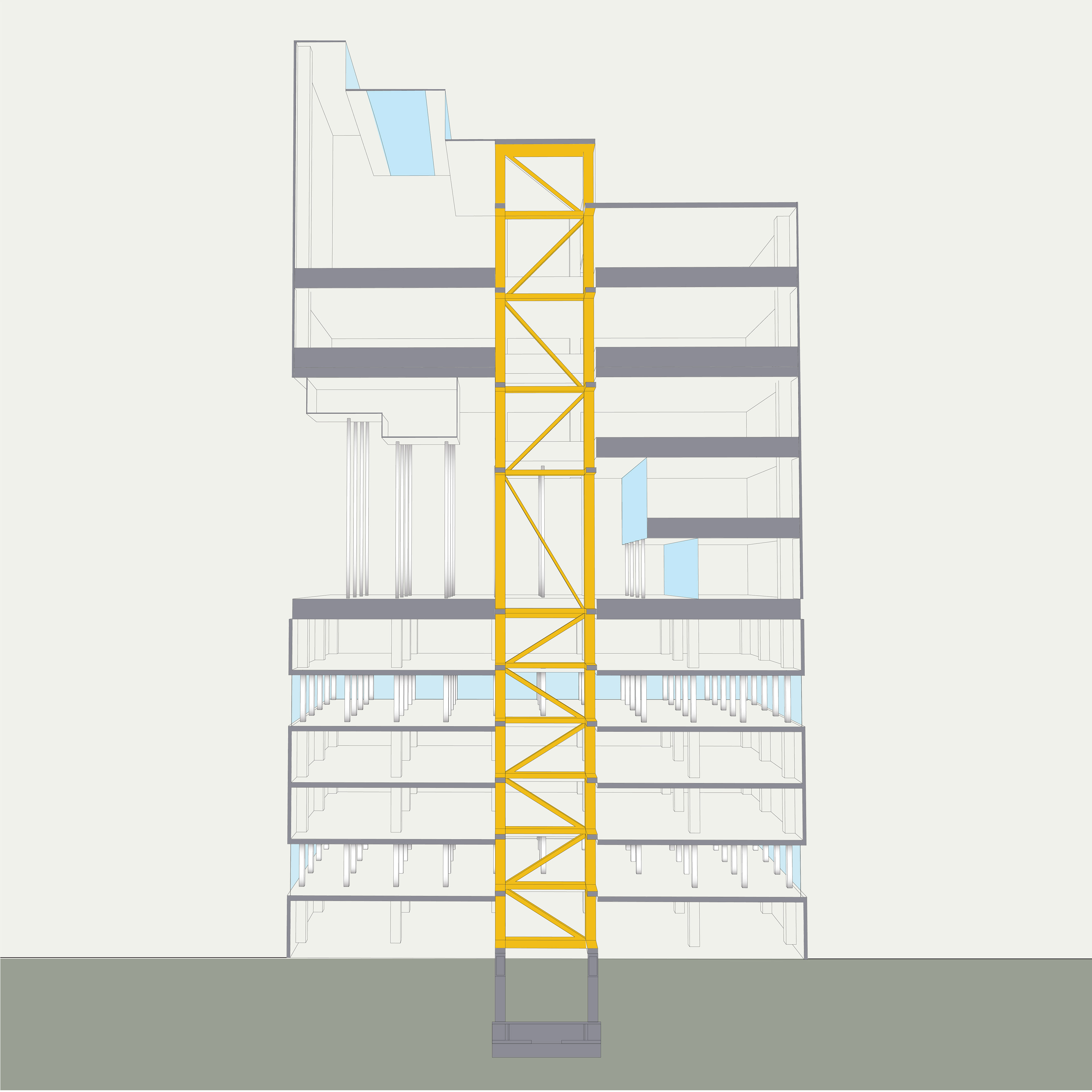